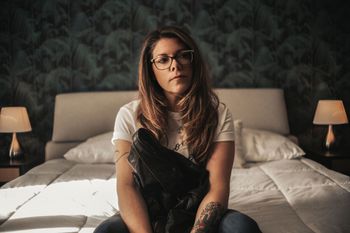 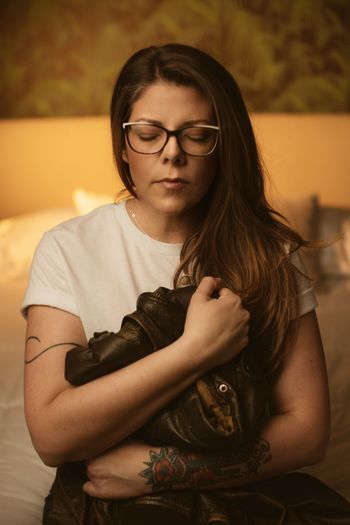 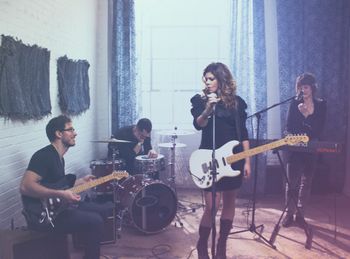 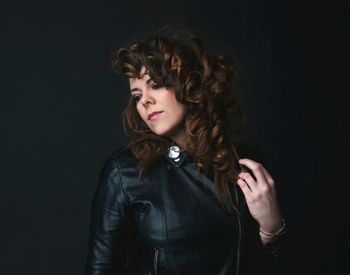 “Melanie Brulée... explores the wide open spaces of the Wild West — and she’s got the voice to fill it.” - Rachel Cholst

“In whatever language you prefer to listen, she’s got a knack for turning a phrase, and a no-BS attitude to songwriting that’s refreshing.” - Devon Léger

“(Fires, Floods & Things We Leave Behind) is an incredible testament to both Melanie’s talents and on-going personal mission to spread awareness surrounding issues of addiction, sobriety, depression and loss through the power of song...” - Martin Noakes

What most might call Americana, folk-rock or country music, Toronto-based Melanie Brulée colours her own, bringing a vintage respect to a modern sound by intertwining surf-style guitar tones and catchy melody hooks - all with the vibe of a speakeasy cabaret. Her music has been on regular rotation on CBC and Sirius XM and her third album Fires, Floods & Things We Leave Behind, exploring themes of family, loss and addiction, was released in 2018. Her 2020 release aptly named THE MESS addresses an all-to-familiar struggle between anxiety and depression.

Born in Cornwall Ontario to bilingual parents, Toronto-based Melanie Brulée interweaves her native language into her art like she crisscrosses musical genres: with ease. From the first listen, you can hear how her years living in Australia and France have influenced her style and sound. The first offering rich surf-style guitar tones and catchy hooks and the latter blurring the lines between audience and performer, like a speakeasy cabaret. What most might call Americana, folk-rock or alternative roots music, Melanie colours with her own distinctive essence, bringing a vintage respect to a modern sound.  Seeing her ease onstage, it’s clear that’s where she feels most at home, quickly winning over audiences with her charisma.

Melanie’s striking stage presence, unique vocal stylings and expressive confidence have opened several doors for her since the release of her French album Débridée in 2015, giving her the chance to build a solid team including management, booking, PR, and distribution.  Critically acclaimed by media in Québec as well as across Canada, the album earned Melanie a Stingray Music Rising Star Award as well as three Trille Or prize nominations at Canada’s largest recognition of excellence in the arts outside of Québec. Melanie was featured on the official Ontario 150 anthem A Place to Stand, which was highly distributed across the province.

Her music has been on regular rotation on CBC, Radio-Canada as well as Sirius XM satellite in Canada and the USA, allowing her to build a following and tour the continent playing near 100 shows per year. Most recent highlights include performances at SXSW, AmericanaFest Nashville, opening for Kathleen Edwards, Whitehorse and Amanda Marshall, multiple USA tours, as well as invitations to perform at renowned festivals such as Ottawa Bluesfest, Philadelphia FolkFest, Mariposa Folk Festival, Francofolies, Montreal Folk on the Canal and multiple performances at Toronto's Yonge-Dundas Square.  Melanie also spent significant time honing her craft as a songwriter in Nashville with some of Music City’s finest in preparation for her 2018 release Fires, Floods, and Things We Leave Behind.

The success of Melanie's music has opened another unexpected door, allowing her to begin a conversation about mental health with her audience. She began running bilingual workshops on self-confidence with students across North America, encouraging young people to talk about their fears and anxieties, offering tips and tricks on dealing with depression, and sharing her story as a suicide loss survivor. “After my father’s passing, I remember being so angry. The truth is that without being able to express myself through songwriting, I’d be an absolute mess. Sharing my story with others has helped me get through the pain and loss and I hope that I can offer the same refuge to others through music and open conversation.”

Melanie's October 2020 single THE MESS is a take on an all-too-familiar inner struggle: a showdown between Anxiety and Depression, each fighting for power over its host and THE MESS that is left in the wake.

The track begins with chunky acoustic guitars and then satiates us with a catchy chorus, in a somewhat edgier indie-roots-rock direction for Brulée whose previous concept album Fires, Floods & Things We Leave Behind alluded to the Western desert sounds of a Tarantino/Morricone soundtrack. Despite the latter being her first anglophone release in the USA, the album was critically acclaimed by a number of tastemakers including No Depression, The Bluegrass Situation, The Boot, and Folk Alley.

At a quick glance of the single artwork for THE MESS, we see Melanie making a finger-gun gesture pointing at a mirror image of herself, referencing the line You can point your pistol at me, but I’m the quicker draw. She explains, “It’s about that inner voice that sometimes sounds like it’s out to destroy us and how easily that can spiral out of control. Regardless of where those feelings of unworthiness stem from - whether systemic, through media, from our childhood, or due to chemical imbalances within us - these false stories we tell ourselves can be exhausting and destructive to our self-image and confidence. I want to highlight that there is help, we all go through this, and no one is alone.”

THE MESS is the first of a series of singles to be released in the coming year and Francophone fans ought not feel left out - she’ll be releasing a French language single (along with a short film!) titled Crier this coming April 20, 2021. 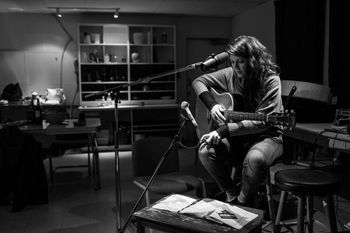 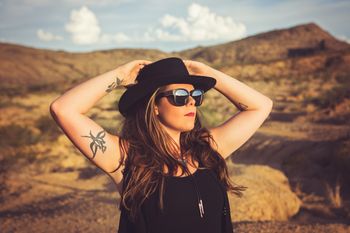 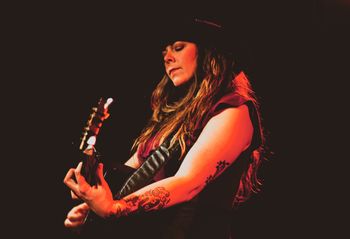 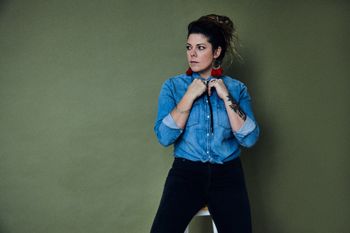 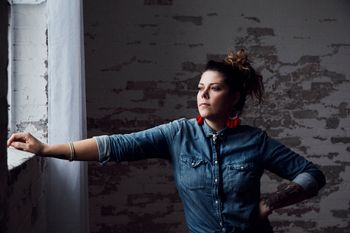 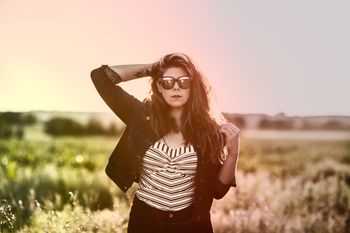 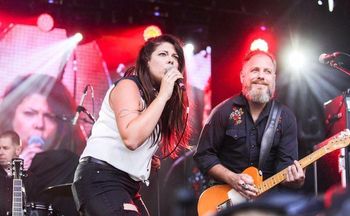 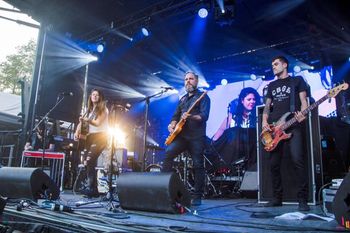